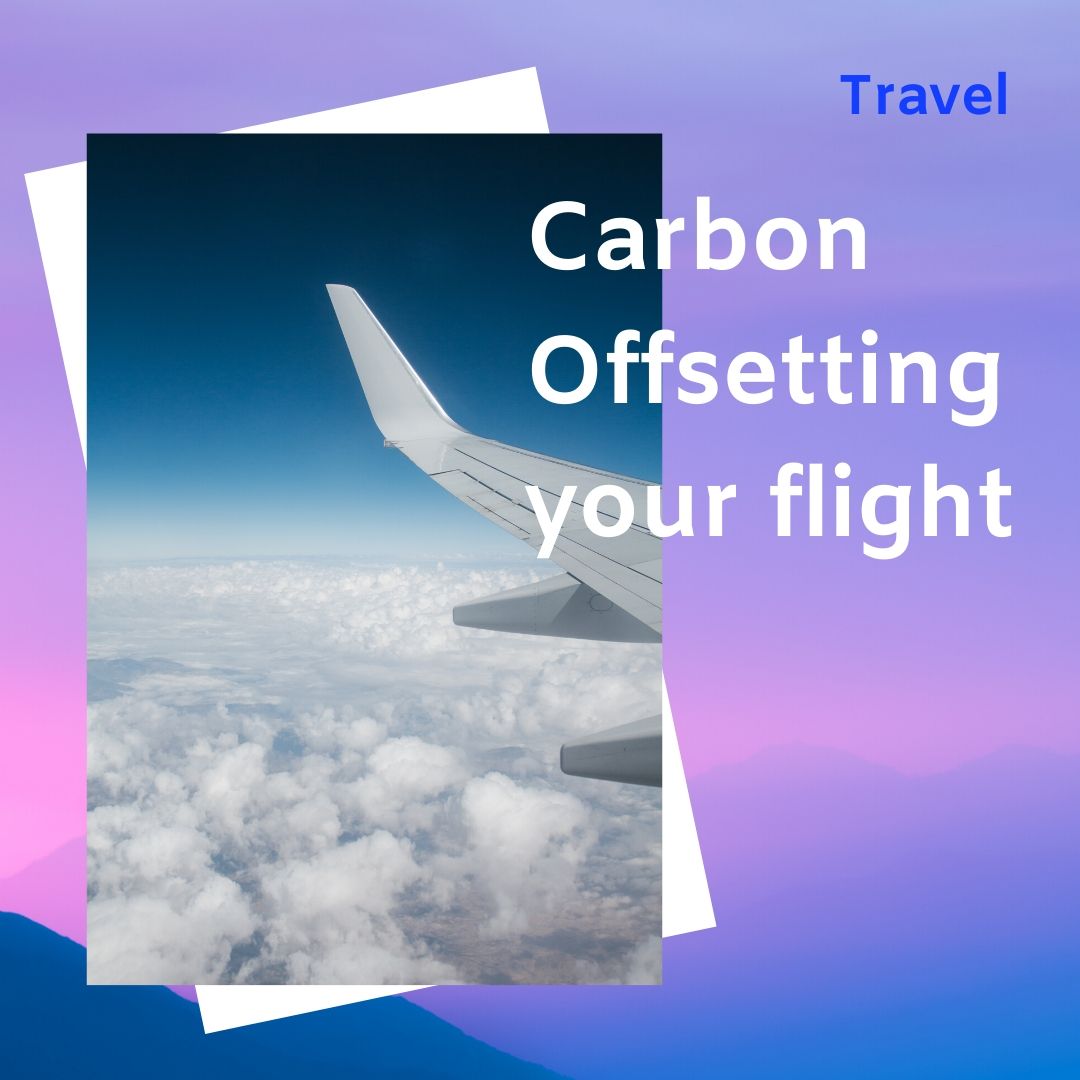 When travelling abroad it is difficult to know how you can reduce your impact on the environment. The ideal solution is to stay at home and take public transport where possible. Although, of course there are times when you want to fly. Be it to find warmer climes or to see some friends in another country. Carbon offsetting your flight can be an option. This way you are helping to offset your carbon footprint by doing something positive.

You may have noticed the news about people trying to avoid air travel too.
In Sweden, there is a growing movement of ‘flight shaming’ that calls for curbs to air travel due to its environmental impact. The number of passengers who flew through Swedish airports fell four percent in 2019. The drop was led by a decline in domestic traffic.

So, if you cannot really avoid flying, carbon offsetting your flight is a way to invest in green projects that can ‘absorb’ your carbon footprint. In essence making your flight ‘carbon neutral’ in this case. For example, you can contribute to a scheme that plants trees, or helps people in an African country get more efficient cooking stoves. You can either do this through the airline or there are organisations that run carbon offsetting schemes. Although, some in the industry have criticised them for not being effective, so shop around. However, demand for offsetting is growing rapidly.

What Carbon Offsetting choices are there out there?

A number of airlines run their own schemes although they have been criticised for not pushing the environmental message strongly enough. Virgin Atlantic runs its programme in partnership with a reputable offsetting company called ClimateCare.

Alternatively, there is a German carbon offsetting organisation called Atmosfair. They provide customers with quite a bit more information about the impact of their flight.

Julia Zhu, is a spokeswoman for carbon offsetting. She says, “Offsetting is not supposed to salve consciences, or act as a get-out-of-jail-free card. Every serious offsetting organisation really stresses it is better to avoid emissions when you can. It’s always better not to fly. But flying and offsetting is better than flying and not offsetting.”

So, spare a thought when you fly next time and think about what you can do to help reduce your environmental impact.

Mother nature in our new world