Jon has discovered there are a number of green-themed podcasts you can listen to. He has found it is a good way of keeping informed, a way of finding inspiration and getting some every day tips to help the planet.

Here are a selection of green podcasts that are worth a listen:

This is a podcast on feminist climate change solutions from (mostly) women around the world. Former Irish president Mary Robinson joins Maeve Higgins, a comedian and writer, and series producer Thimali Kodikara. The podcast has a serious theme of course but it is a lot of fun to listen to. They dig into the biggest climate issues of our time but do it in a way that will make you laugh with memorable storytelling.

Women are on the front line when it comes to climate change. Guests are inspirational women from around the world. Jon enjoys the way it focuses on climate justice and talking to indigenous communities who are impacted the most.

Jon read about Knepp in the book Wilding last summer. It is an area in West Sussex which has been rewilded. On the podcast you can experience some of the wildlife wonders encountered there. The latest episode is about the purple emperor butterfly. Talking about their lifecycle and what they are learning about them.

What Planet are we on?

A newly launched podcast where Liz Bonnin from Radio 5 live discusses environmental issues with guest. Jon listened to ‘We have to believe it’s possible’, an insightful discussion with Sir David Attenborough. The second part of the episode talks about 10 tips for tackling climate change. They are every day tips that everyone can follow from Project Drawdown’s Crystal Chissell.

The podcast is just starting out but it seems like it will be well worth a listen!

Here are just a few green-themed podcasts but we hope they give you a taste for what’s out there!

Photo by Dominique Nelson-Esch from Pexels

World Sea Turtle Day is celebrated on 16th June. Here are some facts and issues about sea turtles.

Sea turtles have existed on Earth for the last 100 million years.

They have one of the longest lifespans in the animal kingdom, researchers think some turtles could even be hundreds of years old.

They are big travellers and can migrate long distances, although females prefer to nest every year on the same beach.

The carapace is the upper shell of the turtle. The inner layer of the shell has about 60 bones that include portions of the backbone and the ribs, meaning the turtle cannot crawl out of its shell.

Six out of seven species of marine turtle are threatened with extinction due to human actions and lifestyle.

Photos by Jolo Diaz from Pexels

How people are affecting the life of sea turtles?

Not only are sea turtles in danger, but also tortoises. The Pinta giant tortoise of the Galápagos became extinct in 2012 with the death of world-famous tortoise Lonesome George.

What Can You Do to Save Sea Turtles?

Learn what actions you can take to help save sea turtles by clicking on the link above.

If you live in an urban area far from the sea you could just be more mindful. Do thorough plastic recycling at home and try to avoid buying single-use plastics.

Your synthetic clothes also release microplastics when washed in the washing machine so it is better if you get a filter or a Guppyfriend bag.

The use of chemical products harm marine sea life so you could ditch detergents in your home or self-care products. You can use eco alternatives by making your own toothpaste or lemon and vinegar detergent just as Ludo often does.

So, these are even better if you use old magazines or other bits of unused paper as Ludo has done. 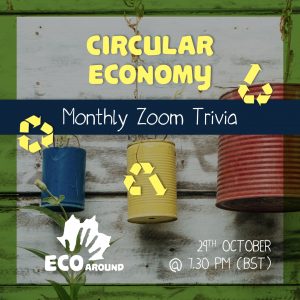 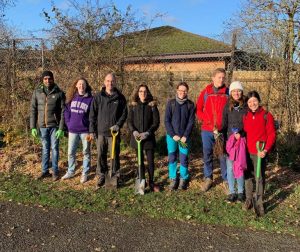